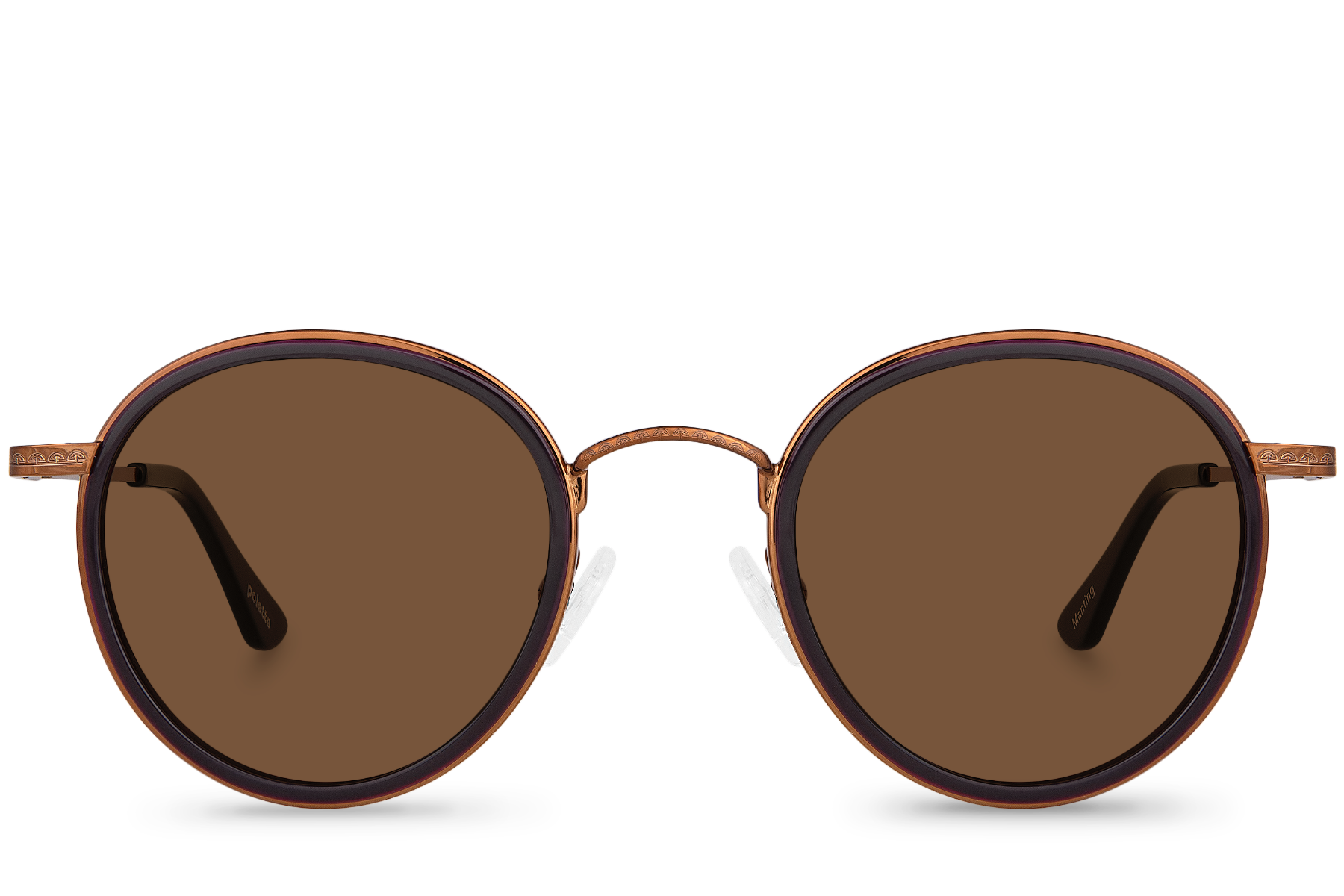 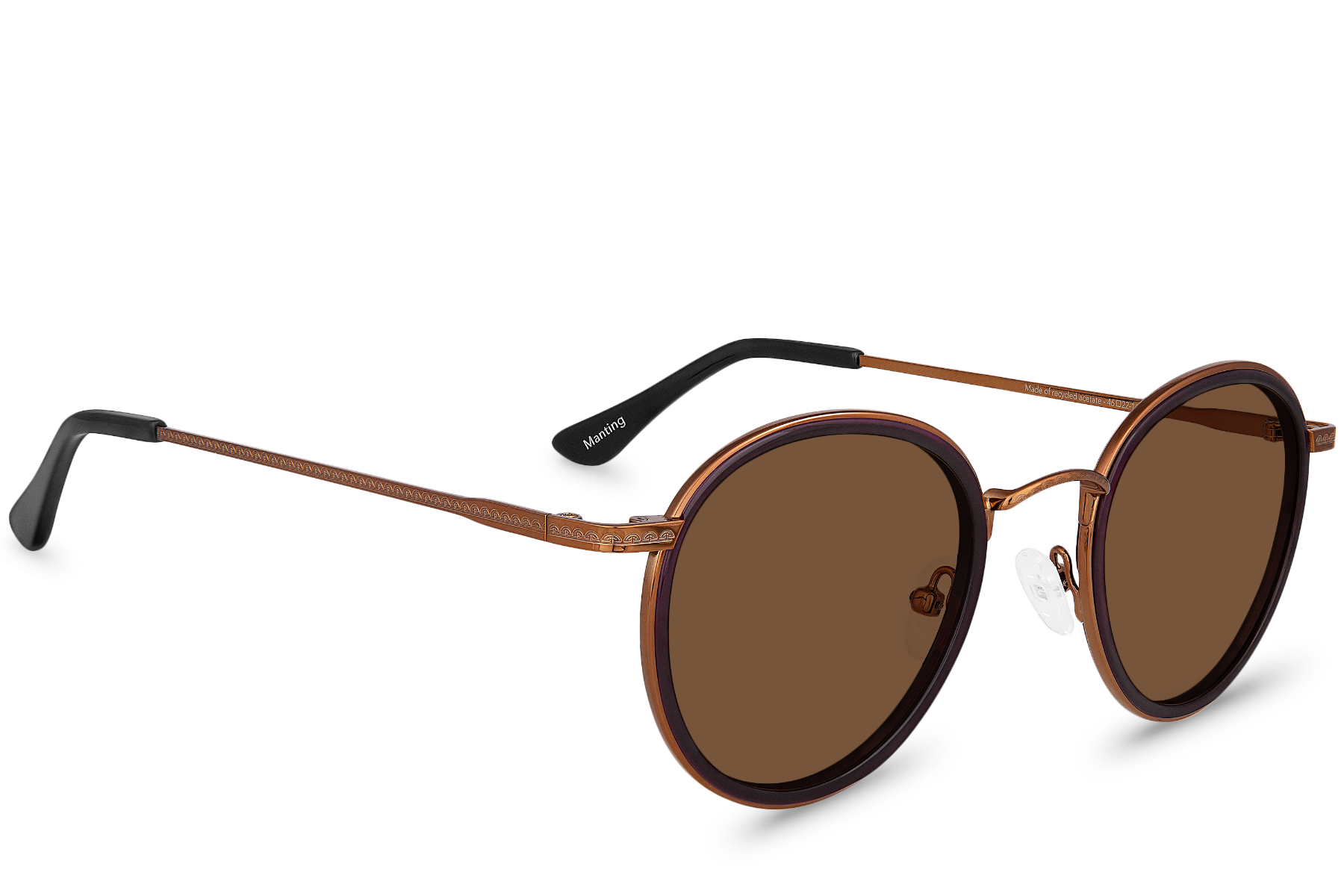 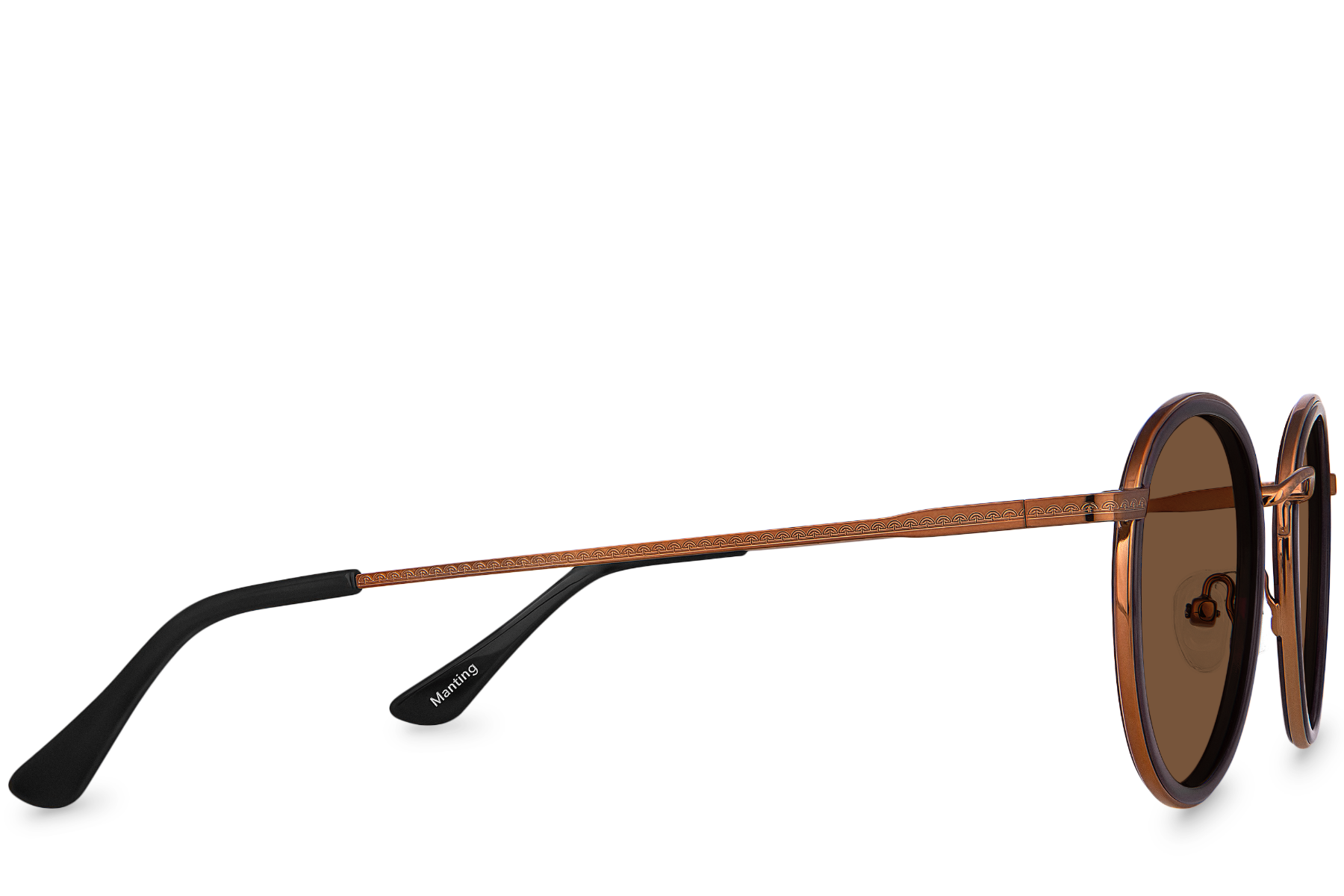 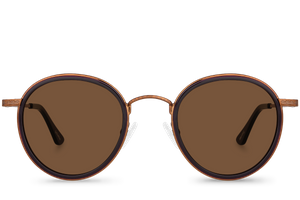 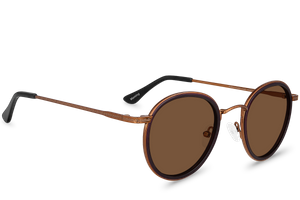 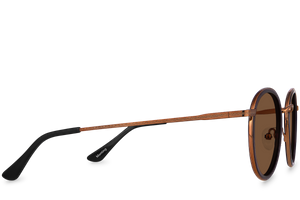 2 years warranty on your frame and lenses.
Our prescription lenses include free anti-reflective, anti-scratch and UV400 treatment.

In the chinese zodiac story, the dragon ended as fifth. The empreror decided that his son could finish sixth, but that day his son didn't came. The snake arrived and told that the dragon was his adoptive father. That's how the snake finished the race in sixth position! Quite a cute story! Read all of them while wearing Manting. A nice pair of sunnies in black recycled acetate with sub-tones of purple, completed by brown engraved metal.

133 46 42 22 145
Your glasses are designed in Amsterdam by our team of international designers.
Made and assembled in China, your frames and lenses are made in our own factories.
Produced on demand, you should count 3 days before your lenses are made and built in our workshops.
- Worldwide
- 8 to 12 working days 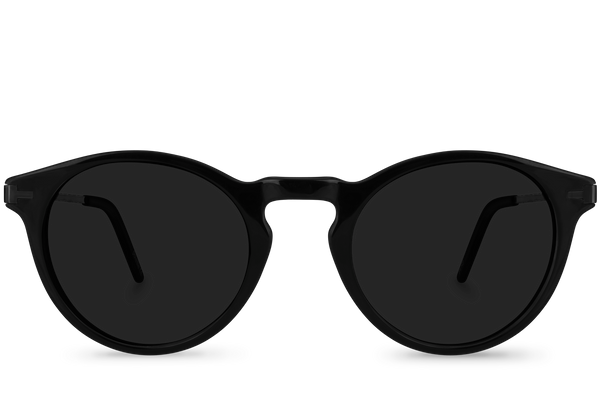 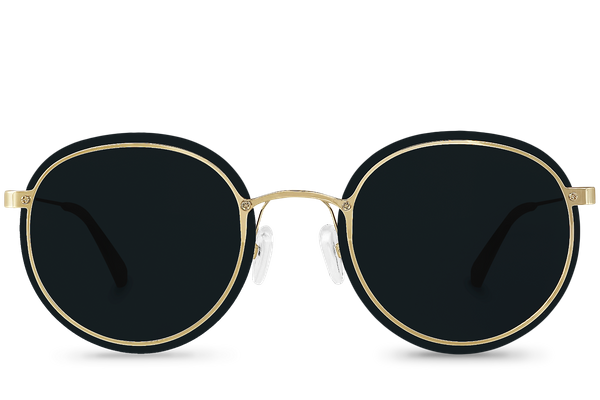 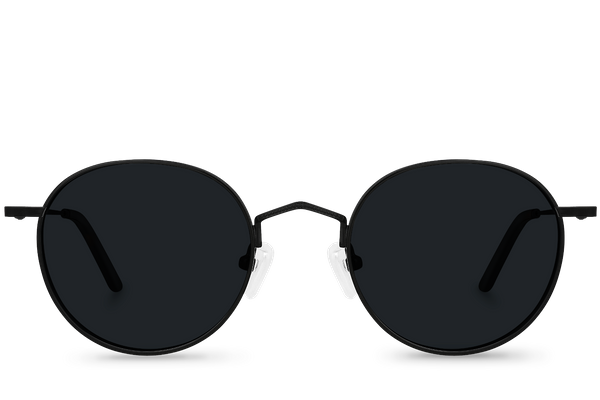 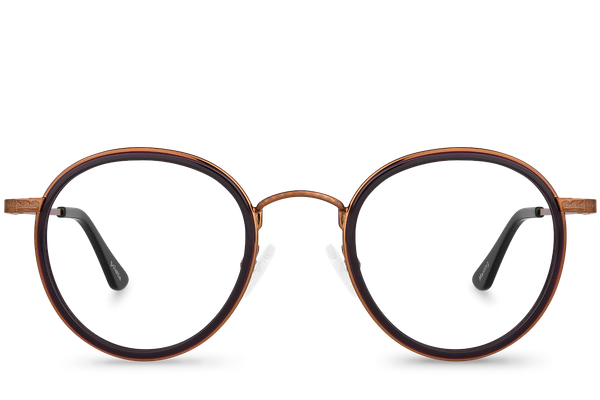